Construction on most of these were pretty straight forward so the WIP photos are kind of lacking. If words aren't your thing. I did put together a tutorial video on doing the stonework and posted it on YouTube. The video tutorial on the water process is Here.

To start, these pieces were were both made out mostly out of insulation foam using a hobby knife as needed. The stairs were cut from foamcore from the dollar store & the stair walls were cut from a higher grade foamboard from the hobby shop so it was a bit thicker and hot glued together. A corresponding stair well was cut from the pyramid shape & the stair case was inserted. 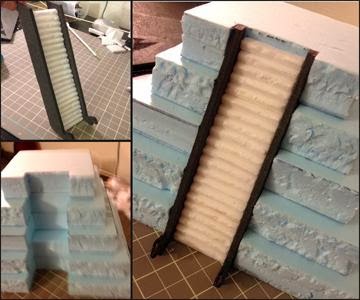 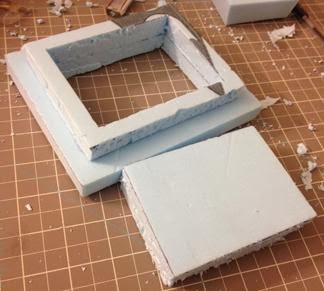 Stones were randomly cut in using a hobby knife & then drawn over using a ball point point. The upper left area of this image shows just the knife lines & the right & bottom shows the knife & pen combo. 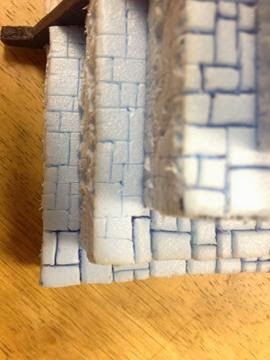 Then random stones were pushed in. I just used the tip of my pen, but any hard/flat stick-ish thing would work. 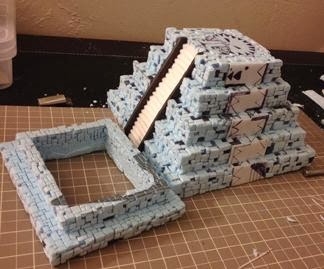 They were then painted with a dark brown base coat then used a "dry sponge" technique to paint on lighter browns & tans. Using a paintbrush, I dabbed PVA in some nooks & pressed on small patches of green flock. 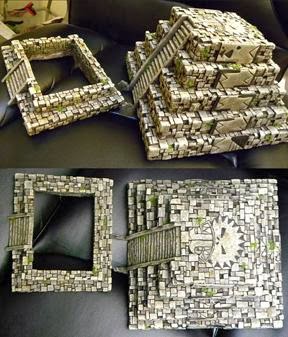 For the spawning pool, I painted an extra lizard to hang out & give some movement to the water. An extra chunk of foam was cut & put in the bottom of the spawning pool to help fill up space. I cut down into the base for the lizard foot & tail too look like he was half submerged. 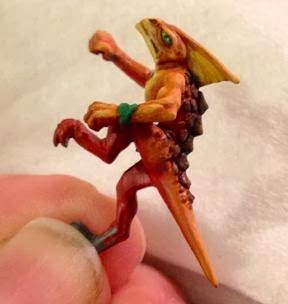 For the water, I planned on using a clear resin and past experiences have taught me to not give it any cracks to run out of, so I sealed the edges with hot glue to prevent any leaks. 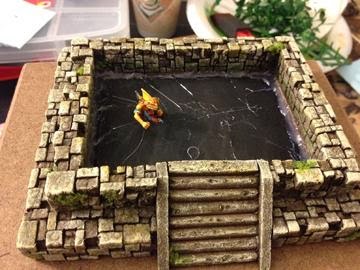 The water was added in a few layers. The first layer I mixed the 2 part resin as directed. Before pouring, I added 1 drop of dark green wash & stirred briefly. I did NOT mix in fully to have an even tone throughout. After the first layer was dry, I mixed the resin & added a drop of a turquoise paint, stirred briefly, and poured on top. This gives some depth without using a lot of expensive product. 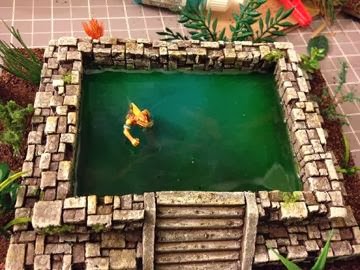 To make the surface of the water disturbed as if the lizard was moving, I used a high gloss medium to add the waves. It was easier to get the medium to stay standing as it dried a bit and became tacky. White paint was added to the tips as I went to make it look foamy. 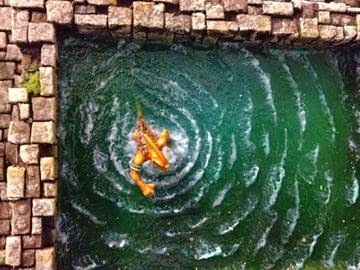 The bases were covered in a mixture of coffee & tea grounds, aquarium & craft plants were for foliage and they were complete. 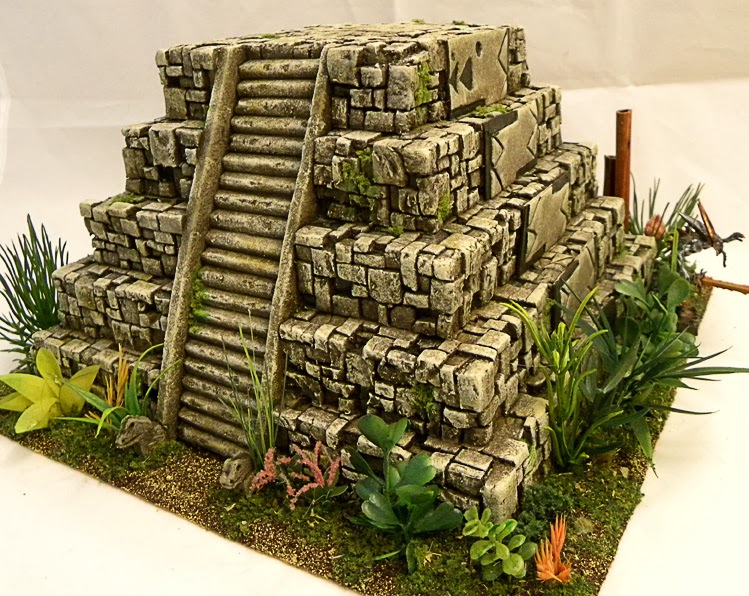 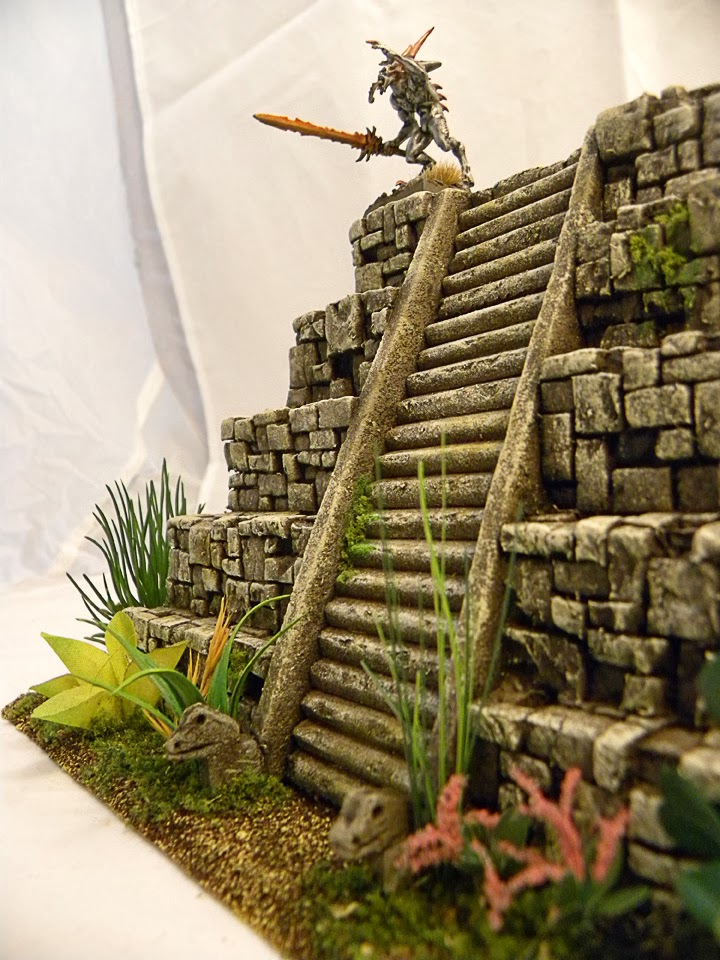 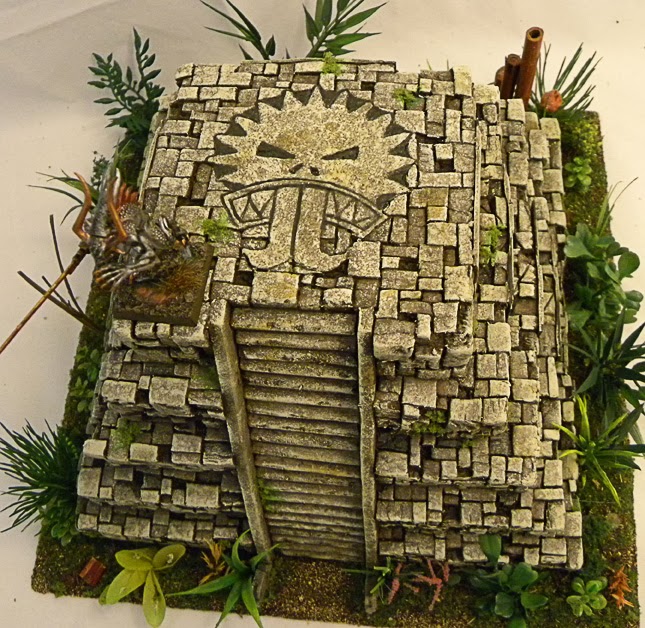 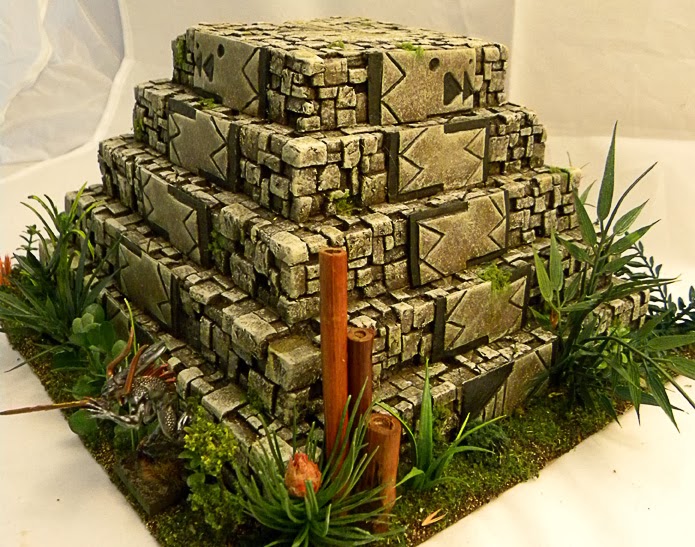 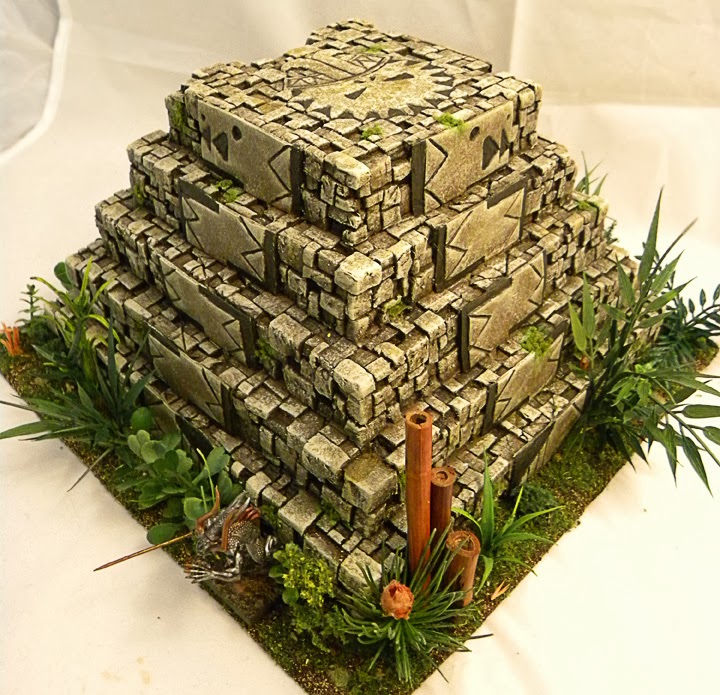 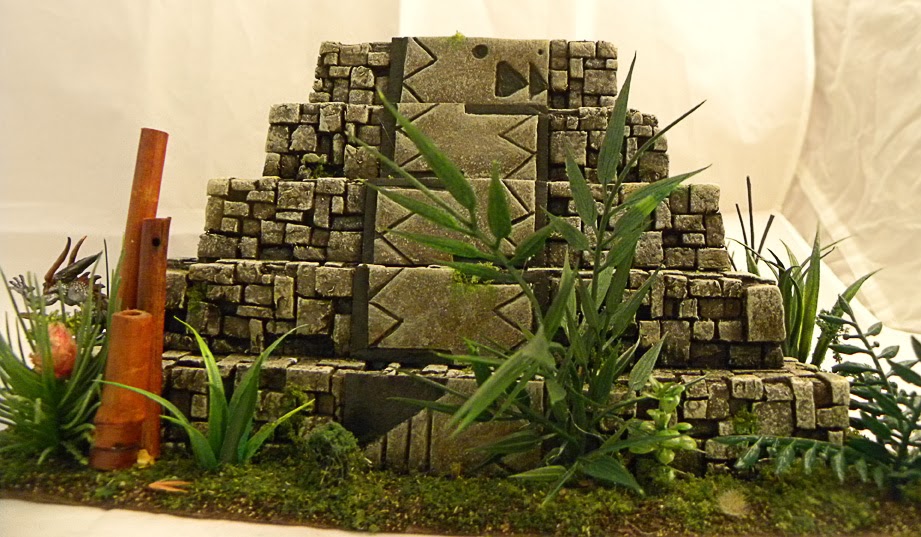 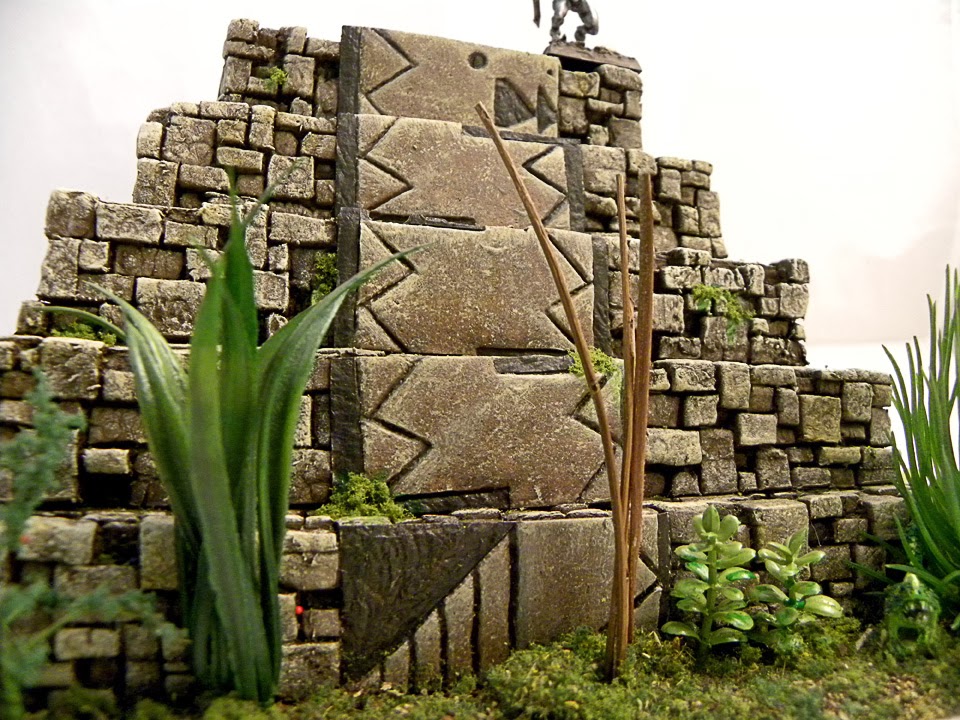 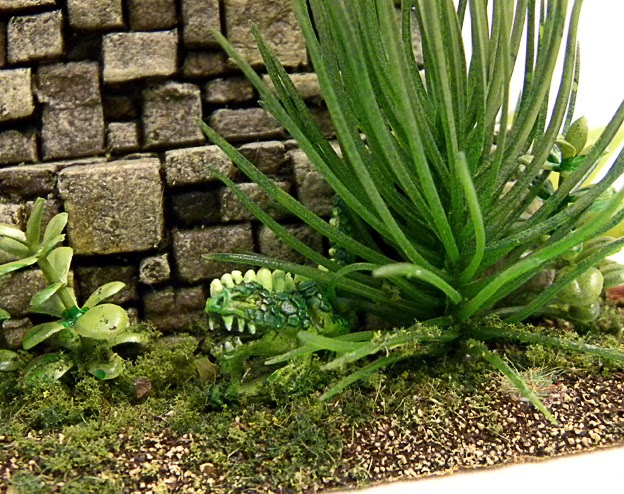 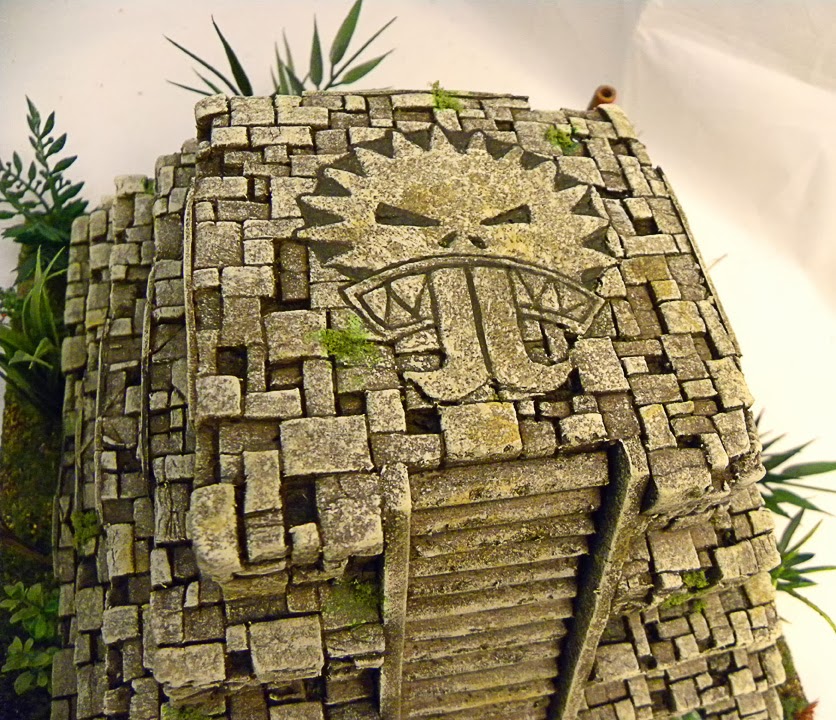 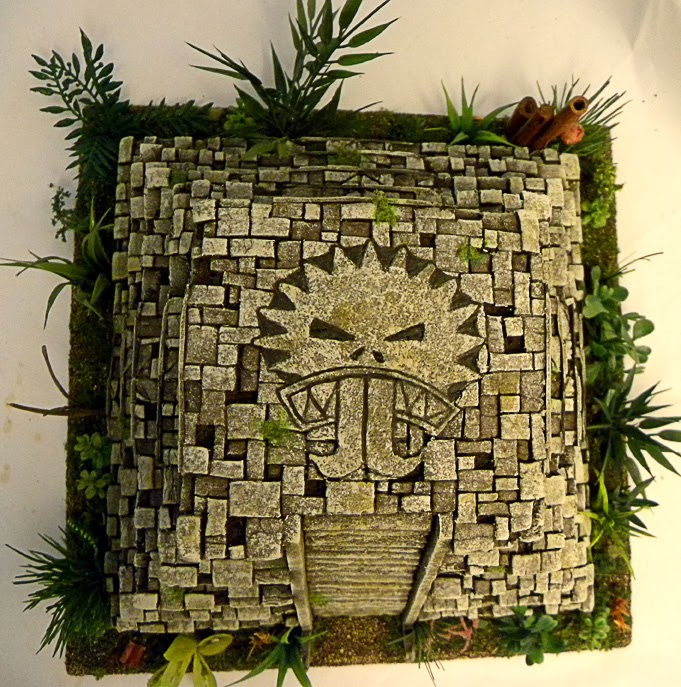 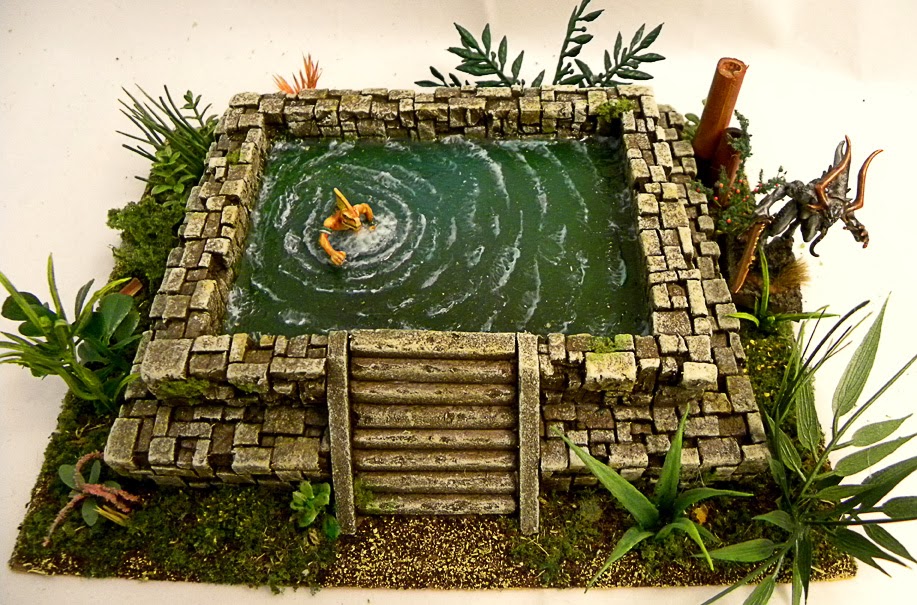 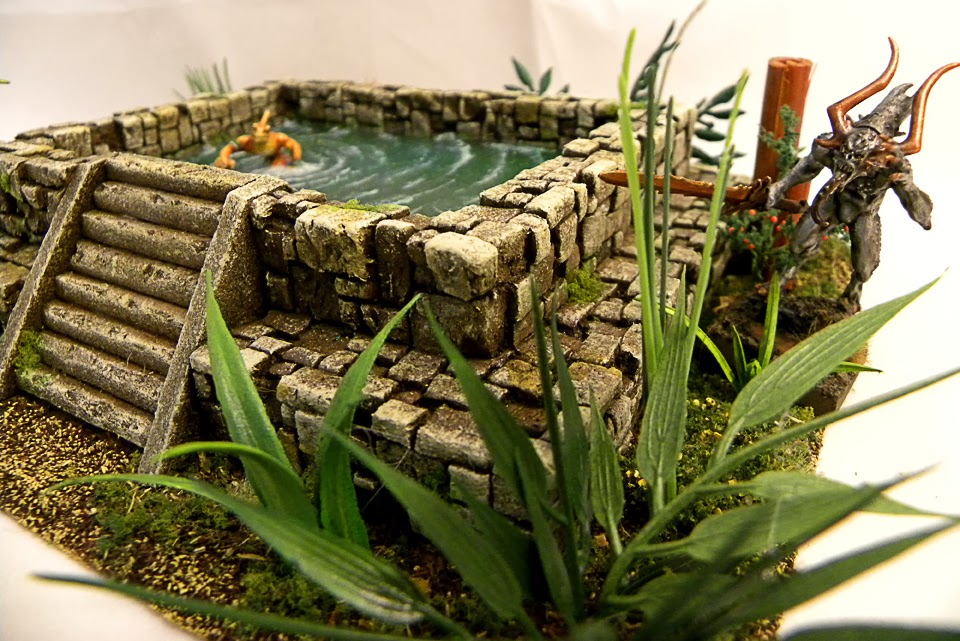 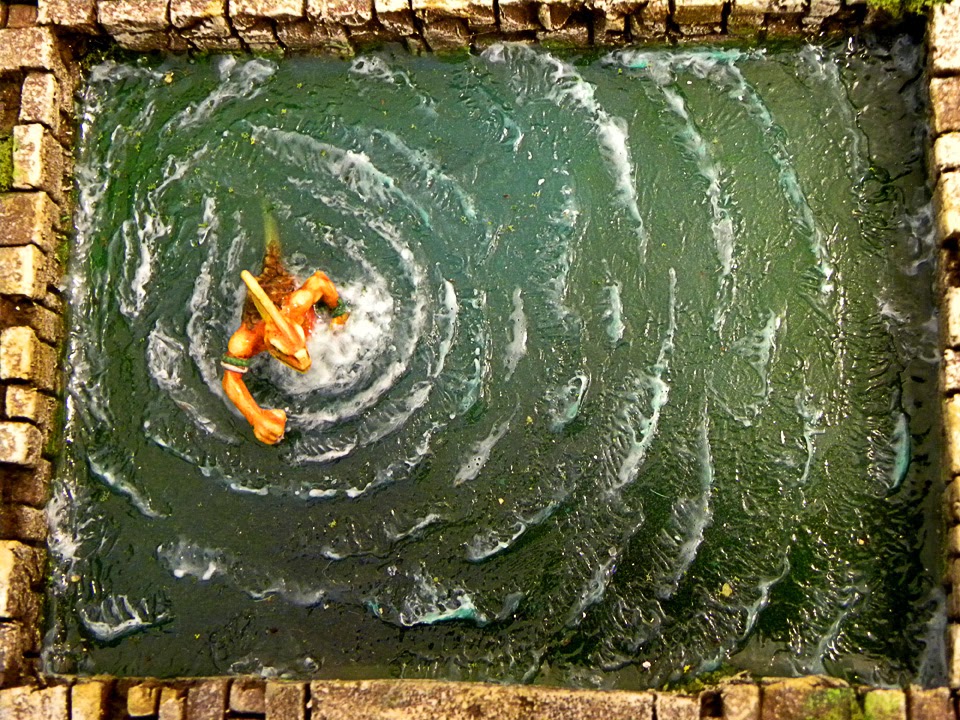 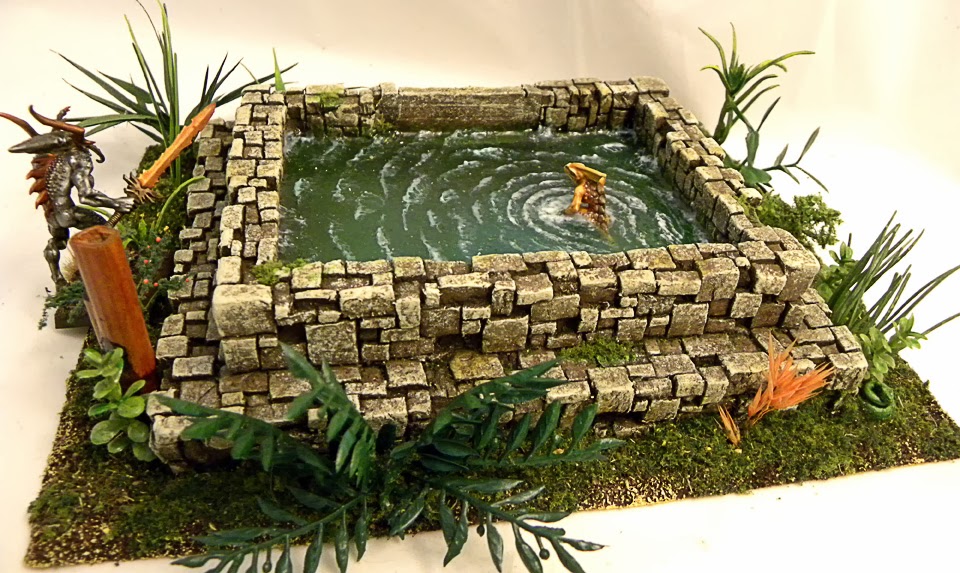 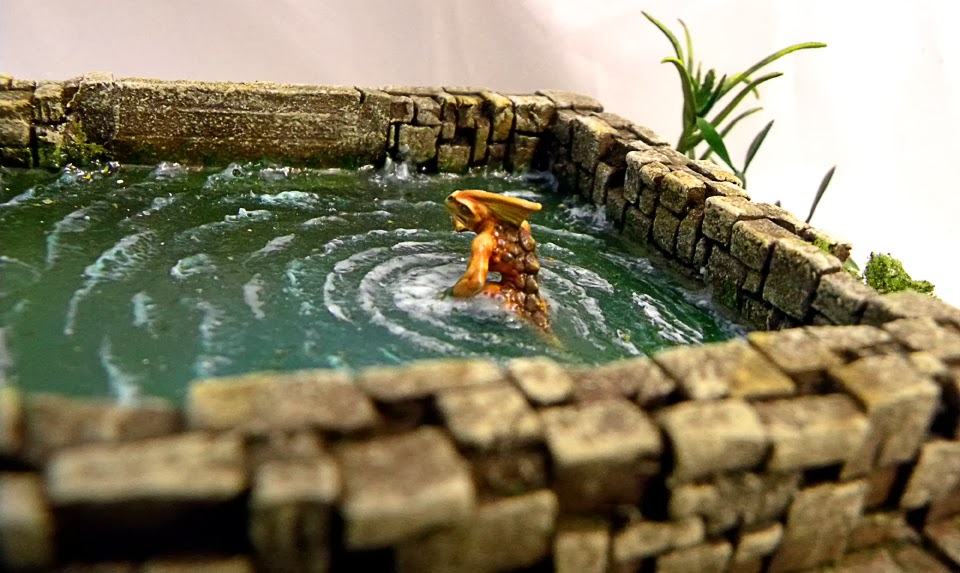 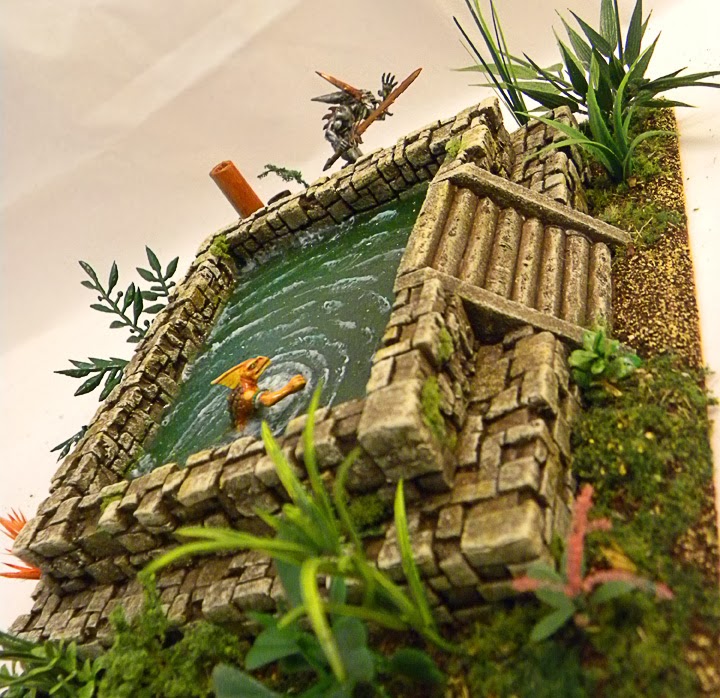 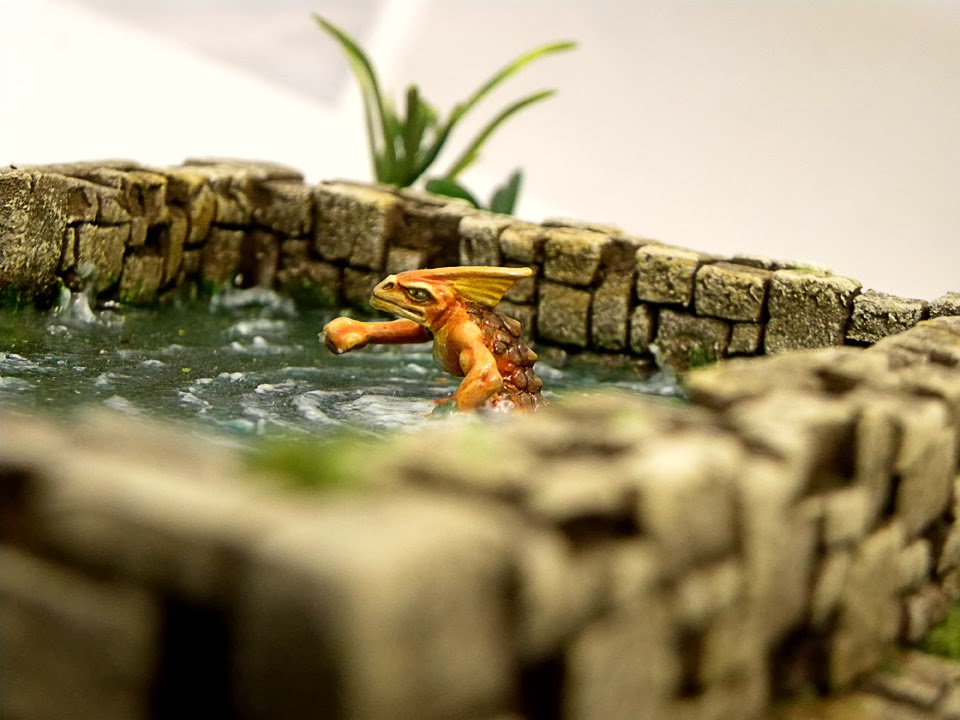 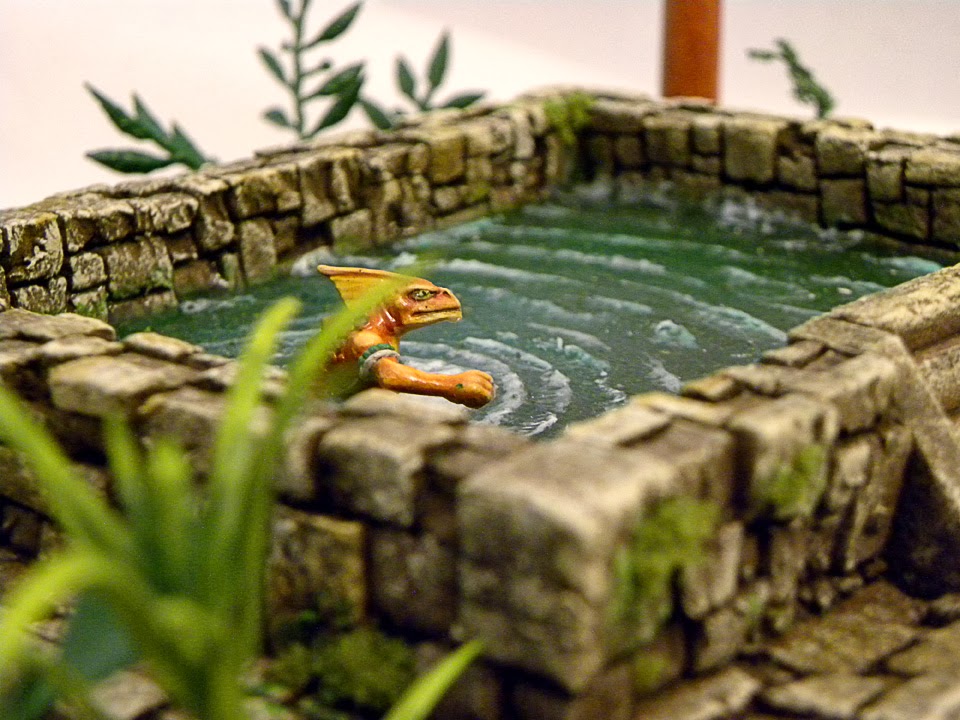 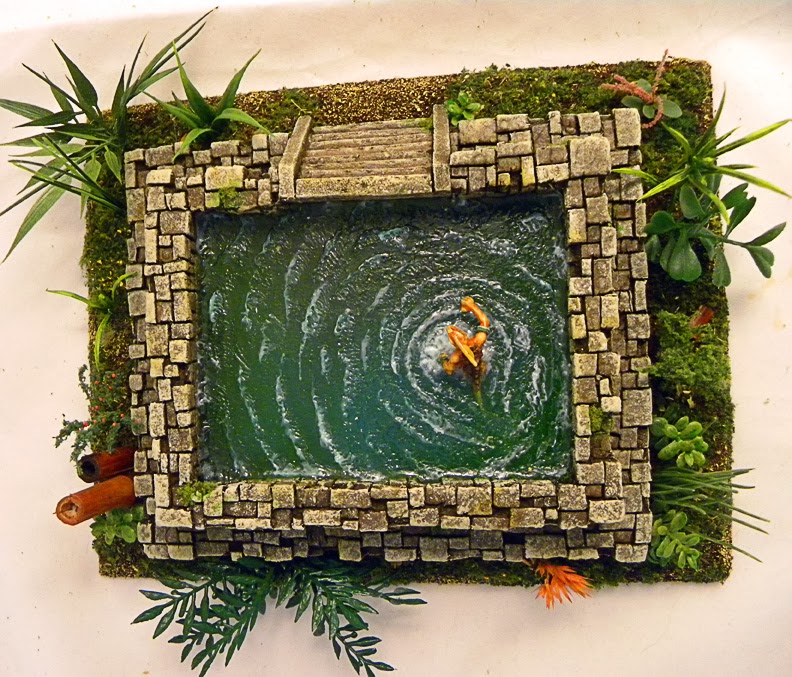 Who is this Wench?